wow, this rocks! waves just doesnt cut it when you want oceans! keep up the good work.
Top

Well, my frustration at trying to debug a CPLD has granted me some time to write an update on my progress - but unfortunetly no screenshots.

I have been talking with one of my Lecturers/friends and he was asking about what kind of minimum functionality would be needed to commit the effect to CVS (either BF or evil blender).

Well here is a small update with a couple of developer questions thrown into the mix. 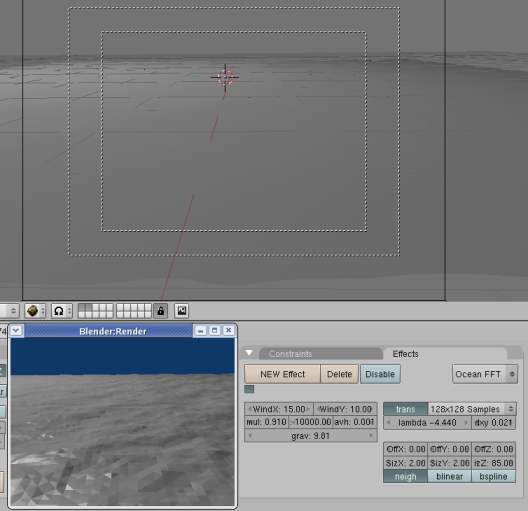 i would prefer numerical text entry


nice work. do you ahve a link to a build with this?
Top

i thought i had posted something about the entry method, and i'd go for a helper, not everybody is confortable with vectors.

hey, can you post a demo animaiton? im really pumped about this project and would like to salivate on my keyboard.
Top

Well, I am just taking a break from masters to have another crack at the OceanFFT effect. 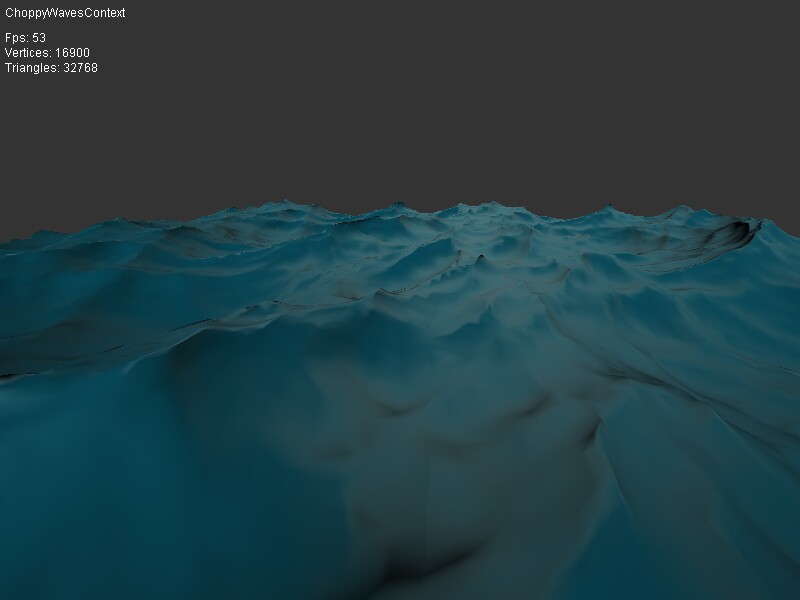 ps. Congrats to the blender developer team for the great 2.35 release!!!
Top

This stuff is great. If I didn't have a use for a realistic ocean before, I'll find one. If you need any help with the involved mathematics, feel free to drop me a line.

What are the possibilities of these to water effects being used together?
Top